Healthcare spearheads all the activities of Maharogi Sewa Samiti, Warora (MSS). It has always been and will remain the most significant pillar of MSS. What began as an attempt to provide holistic healthcare to the people affected by leprosy, has today, expanded into a large-scale project providing healthcare to all the marginalized sections of society.

Treatment of disease is the primary focus, however, preventive healthcare and comprehensive attention to the patient’s socio- economic and psychological welfare which enables the individual to lead a healthy, productive and confident life forms a major portion of MSS’s healthcare philosophy.

Healthcare at Anandwan specializes in providing treatment to leprosy and provides primary and secondary healthcare facilities.

Sita Ratan Leprosy Hospital started as a small dispensary in 1951 in Anandwan providing primary healthcare to the needy. Over the years it has evolved into a 50-bedded hospital offering free primary, secondary and tertiary healthcare services to around 30,000 patients, mostly from rural interior regions in central India and belonging to very poor families.

The hospital's main building was built in the year 2002 with funds generously donated by Mr. L.R. Gajaria and was named in memory of Mr. Gajaria’s parents. The hospital is equipped with operation theatre, recovery room, laboratory, digital X-ray unit, separate male and female IPD, medicine disbursement counter and administration cabins. Separate OPD wing with special area for dressing of patients affected by leprosy and a fully functioning dental unit was added to the hospital campus in the year 2014 with the financial assistance from Nouvelle Planete, Switzerland. A physiotherapy centre is also present in the hospital premise. All support staff of the hospital including nurses, dressers and attendants are cured leprosy afflicted persons.

Healthcare at Anandwan specializes in providing treatment to leprosy and provides primary and secondary healthcare facilities.

All support staff of the hospital including nurses and attendants are cured leprosy afflicted persons. The hospital was setup in 1991 with financial support from Shri Sai Baba trust.

Healthcare at Hemalkasa focuses on providing primary, secondary and tertiary healthcare facilities in the tribal areas of Gadchiroli district.

The Lok Biradari Prakalpa (LBP), tribal project of MSS was established in the year 1973 at Hemalkasa with an aim to mainstream the tribal population, especially the Madia-Gond tribes. In the initial years primary healthcare services were rendered under a tree to the local population which was suffering from deadly diseases like cerebral malaria, malaria, tuberculosis, ascites, cancer and sickle cell anaemia. The tribal population was also victims of bear bites, burns, snake bites, scabies and severe malnutrition.

The LBP Hospital was renovated in 2013 with the help of many donors with chief donor being Nouvelle Planete, Switzerland. The hospital caters to around 45,000 patients annually from 1,000 villages in a 250 km radius, including those from the neighbouring states of Chattisgarh and Telangana. The hospital offers free primary, secondary and tertiary healthcare services. It has a 50 bedded IPD and is equipped with all modern diagnostic and interventional facilities like ultrasonography, X-ray, pathology lab, delivery room and operation theatres.

Healthcare at Hemalkasa focuses on providing primary, secondary and tertiary healthcare facilities in the tribal areas of Gadchiroli district.

This multi-specialty hospital caters to around 45,000 patients a year from 1,000 villages in a 250 km radius, including people from Chhattisgarh and Andhra Pradesh. The hospital has 50 beds and is equipped with all essential facilities like ultrasonography, X-ray, pathology laboratory 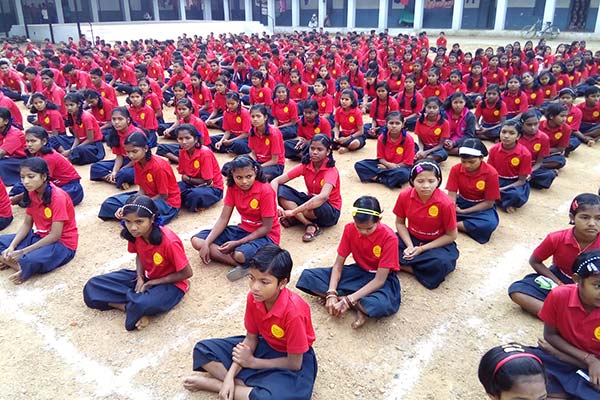 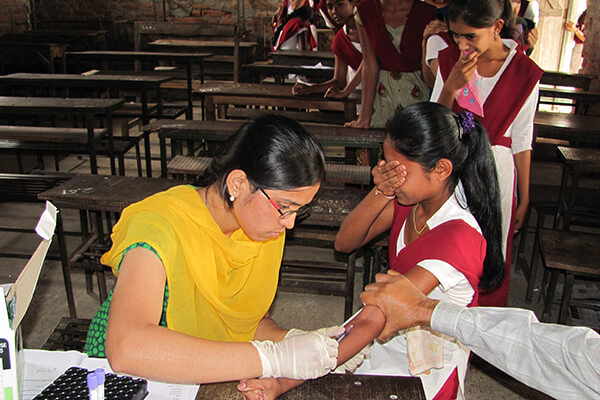 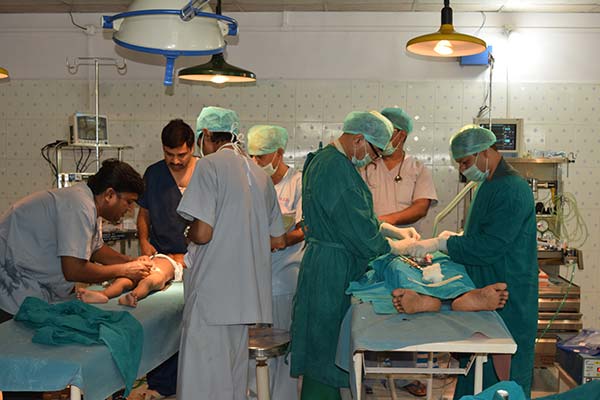 With an objective of providing urban healthcare infrastructure and services to rural populace, 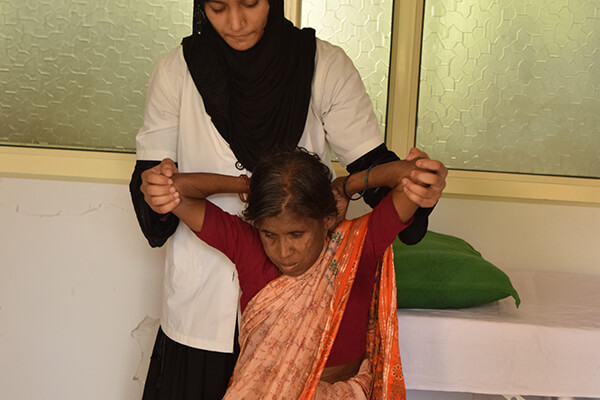 Every year on the occasion of world physiotherapy day, students and professors from 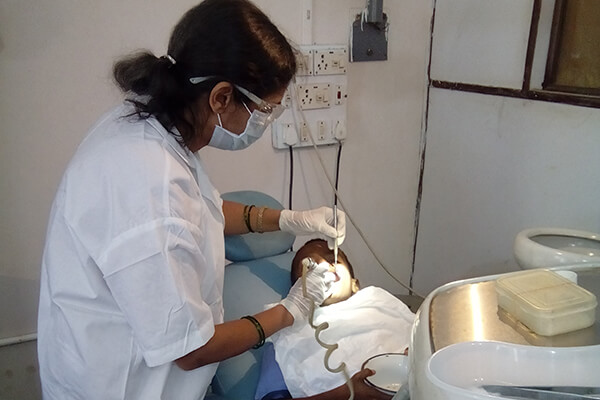 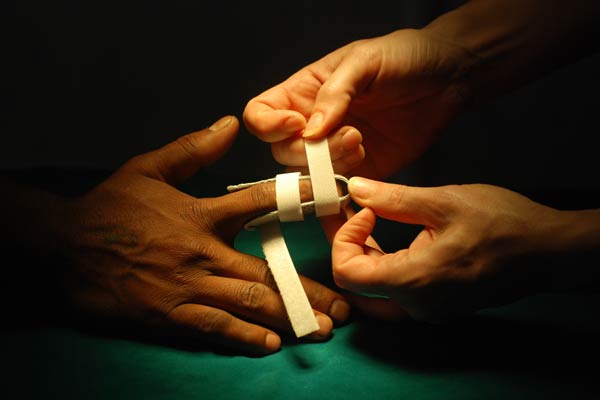 Reconstructive Surgery Camp is held annually in collaboration with the 'Hands for Life', 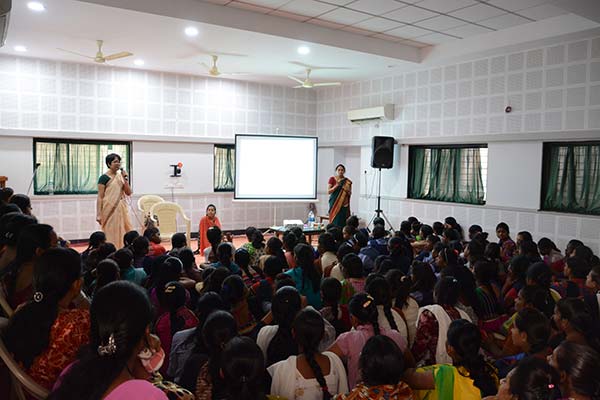 A reproductive health seminar for children of 12-14 age group, comprising of visually 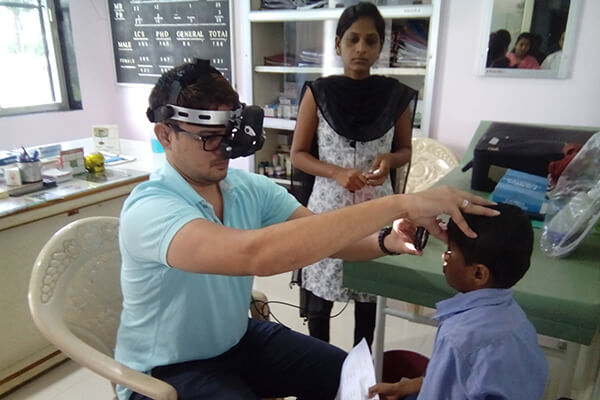 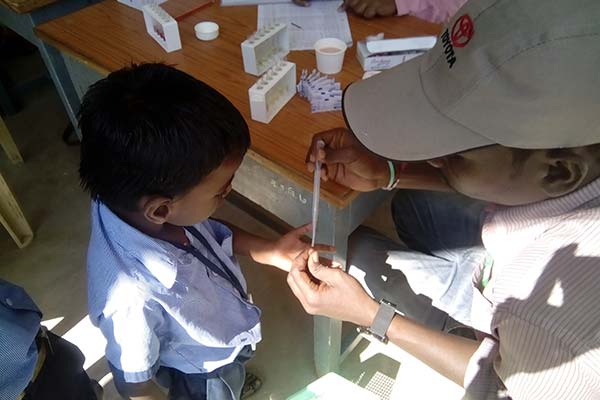 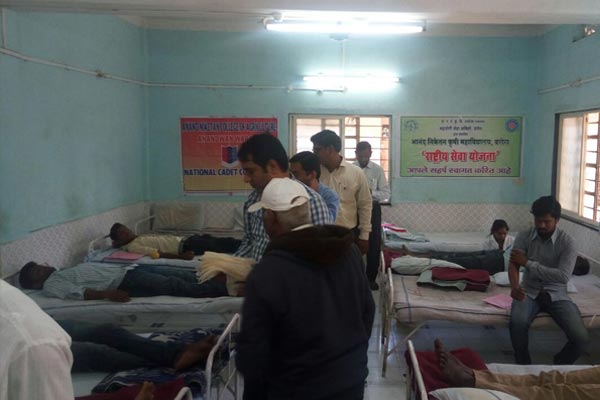 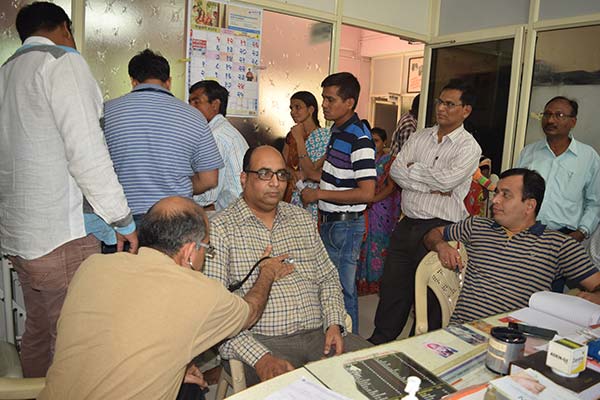 Heart disease have become a major cause of concern in the rural areas. To address this problem, 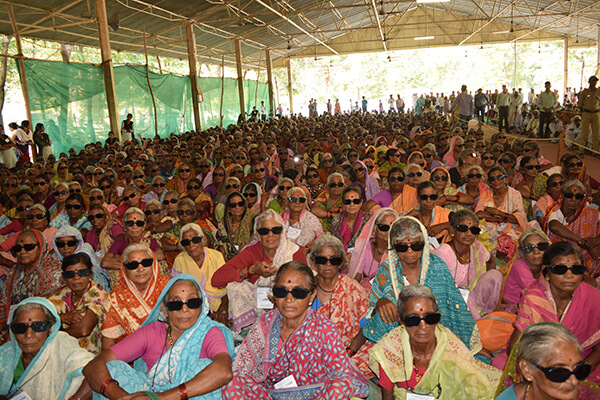 Designed and Developed by The Media Tree LLP

Through School Health Awareness Program (SHAPE), children are taught the importance of maintaining overall hygiene and health. Protecting our surrounding environment is also stressed upon. The adolescents are taught lessons about changes in their body as they reach puberty. They are trained in basic first aid with focus on snakebites and fractures. Under preventive healthcare, the dangers of addiction especially alcohol and tobacco are also stressed upon in the children.

Every year on the occasion of world physiotherapy day, students and professors from Government Medical College, Nagpur visit Anandwan and examine the patients afflicted by leprosy as well as other patients and prescribe exercises to relieve their pain and discomfort and help them to overcome their disability. Scanning, therapy- both manual and using machines, and exercises are prescribed by experts. Physiotherapy forms an integral part of healthcare service and expedites patients’ recuperation.

The students of various colleges run by MSS and residents of Anandwan routinely donate blood to help maintain a steady stock of blood supply in banks in case of any medical emergency especially in rural areas.

Project 'Haemoglobe' was launched under Baba Amte Bal Sakshmikaran program in collaboration with Rashtriya Bal Swasthya Karyakram (RBSK), Warora. Blood samples were collected from girl students in various school in Chandrapur district of Maharashtra and analysed. A correlation between haemoglobin and menstrual history, economic condition, nutrition and household was established and the results are used to improve the heamoglobin levels in the girl child through health and socio-economic interventions.

Oral hygiene is considered the first line of defence against most diseases and awareness of this is of utmost necessity. Dental clinics are routinely operated across various project locations of MSS. Additionally, dental camps are held every month treating around 100 patients per camp.

Ophthalmic health allows people to lead healthy and happy lives as the eye is considered one of the most important sensory organ. Doctors from Nagpur conduct routinely conduct retina examinations at Anandwan. Residents of Anandwan and people from nearby villages get themselves screened in these camps.

Heart disease have become a major cause of concern in the rural areas. To address this problem, diagnostic camp for screening heart ailments is conducted every year at Anandwan by a team of Doctors from Pune. Patients requiring immediate surgical intervention are sent to Pune and operated upon free of cost.

With an objective of providing urban healthcare infrastructure and services to rural populace, surgery camps are regularly organized across all MSS project locations. Patients are examined and operated for herniotomy, excision of parotid tumor, hemithyroidectomy, orchidectomy, congenital hydrocele, mastectomy, urethroplasty, appendicectomy, cholecystectomy, eversion of sac, excision of ovarian cyst etc. Patients from near and far-flung remote areas take benefit from these camps.

Reconstructive Surgery Camp is held annually in collaboration with the 'Hands for Life', a charity managed renowned plastic and hand surgeons from the UK (United Kingdom). Patients having hand deformities due to leprosy or other deformities like cleft lip, cleft palate and burn contracture release benefit from this camp.

Doctors from Nagpur conduct surgical camp to correct congenital anomalies like hypospadias, epispadias, etc. in the children residing in Anandwan as well as in neighbouring villages. This camp helps the parents of such children having anomalies to better understand the long-term impact arising out of congenital anomalies. The benefits of this camp go a long way in spreading awareness and curing this kind of deformity or defect.

Mega cataract surgery camp is conducted annually at Anandwan in collaboration Doctors from J.J Hospital, Mumbai and I- Care (NGO based in Mumbai). This camp provides relief to around 1500 people from nearby villages.